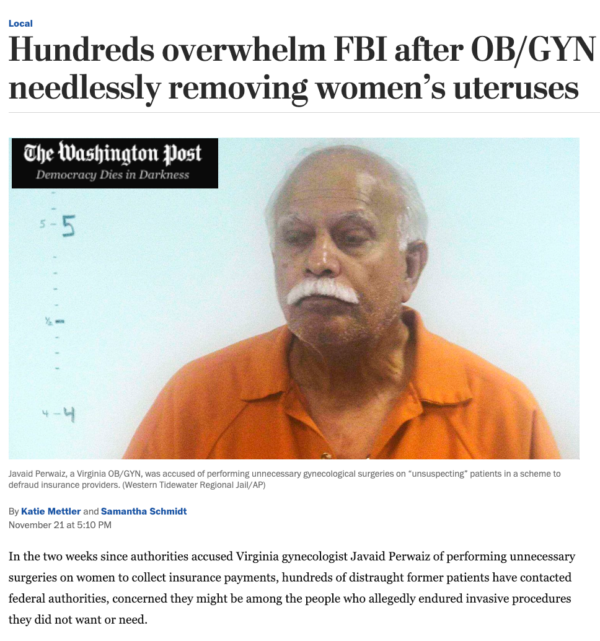 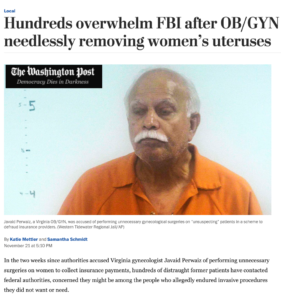 If you or someone you know was a victim of Javaid Perwaiz in Chesapeake, we are representing other victims now. Get in touch by calling our hotline at: 757-300-1124

In the two weeks since authorities accused Virginia gynecologist Javaid Perwaiz of performing unnecessary surgeries on women to collect insurance payments, hundreds of distraught former patients have contacted federal authorities, concerned they might be among the people who allegedly endured invasive procedures they did not want or need.

William Breit, another lawyer representing Perwaiz’s former patients, said he has received about a dozen calls. Many of the patients relied on Medicaid and reported receiving high numbers of surgeries. One woman said Perwaiz performed eight procedures on her.

Settled a gentleman’s premises liability case for $90,000. Breit Law PC is now involved in the second…