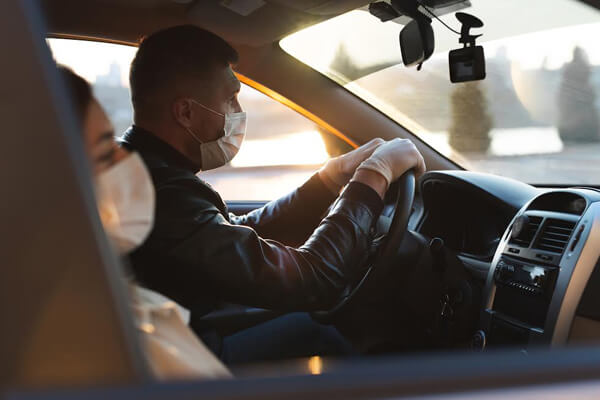 As more than 316 million Americans were ordered to stay home during the coronavirus pandemic, many states, including Virginia, have seen traffic volume reduce significantly. Consequently, reduced travel on the road also means fewer auto accidents.

While it is too early to say how Virginia’s stay-at-home order impacted the number of motor vehicle collisions in the state, other states have noticed a significant reduction in car crashes. That makes sense, considering that stay-at-home orders are meant to keep people at home during the COVID-19 pandemic.

Virginians have already seen traffic volume drop by about half since Gov. Ralph Northam issued a stay-at-home order that prevents residents from going outside except for essential activities (buying groceries, obtaining supplies and medical care, exercising, and others).

So far, at least two states – California and Georgia – have recorded a notable reduction in the number of car accidents on their roadways and highways as a result of their stay-at-home orders, self-isolation, and quarantine measures during the coronavirus pandemic.

According to The Los Angeles Times, California saw a 60-percent drop in traffic volume between March 20, when Gov. Gavin Newsom’s stay-at-home order went into effect, and March 30. During the 10-day period, the California Highway Patrol also reported a roughly 50% decline in accidents.

The report said that the reduction in the number of traffic crashes in California by roughly half can be “directly or indirectly attributed” to the Golden State’s order aimed at keeping residents confined to their homes.

Before California’s stay-at-home order went into effect, researchers estimated that there were over 1,000 traffic crashes and about 400 accidents involving injury or wrongful death per day. After the order was issued by Newsom, there were approximately 500 collisions per day, and about 200 involved personal injury or fatality.

Why Are There Fewer Traffic Accidents During the COVID-19 Pandemic?

Georgia also reported fewer car crashes after its stay-at-home order went into effect, according to AJC. The report cited new data from the Georgia Department of Transportation, which showed that there was a reduction in the number of crashes, deaths caused by traffic collisions, as well as the number of motor vehicles on Georgia’s roads in general.

It appears that there was no significant reduction in the number of collisions with wildlife and domestic animals, largely due to vehicle speed. With less traffic, drivers are more likely to put the hammer down. The same study showed that average vehicle speed has increased during the pandemic.

It is not surprising that there are fewer auto accidents when stay-at-home orders are in effect, given that they limit residents’ use of motor vehicles to performing essential activities (traveling to and from work, buying groceries and medicine, going to a hospital, and others).

These orders have shut down non-essential businesses and encouraged remote working, which resulted in fewer commuters on roadways and highways, especially during rush hours. In fact, at least two auto insurance companies announced that they would refund about $800 million to their customers because people are driving less during the COVID-19 pandemic.

Fewer collisions does not mean no collisions at all. If you were involved in a vehicle crash, speak with our car accident lawyers in Virginia Beach. Contact Breit Law PC to schedule a consultation about your case and seek compensation during these unprecedented times. Call at 757-456-0333 to review your case.

What Are “Chameleon Carriers,” a Dangerous Trucking Industry Trend?

If we’ve learned anything during two years of a global pandemic, it’s the importance of…

Why Are Jackknife Accidents So Dangerous?