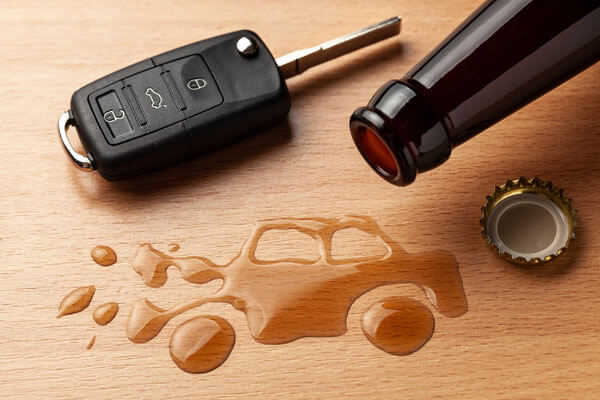 Even though Virginia is known for one of the toughest drunk driving laws in the country, alcohol is still a common contributing factor in car accidents in Virginia Beach and all across the state.

According to the Virginia Department of Motor Vehicles (DMV), alcohol-related crashes account for over a third (34.4%) of all car accident fatalities in the state. Statistically speaking, the risk of being injured or killed in a motor vehicle crash involving an impaired motorist is rather high in Virginia.

If you were involved in a crash caused by an intoxicated driver, you might be wondering whether you need a drunk driving accident injury lawyer to help you pursue compensation from the drunk driver or other at-fault parties.

The first thing you should do after a drunk driving car crash is call the police and seek medical attention to document your injury. The police report, as well as the medical documentation of your injury, are going to play a major role as evidence for your personal injury claim against the impaired driver.

However, punitive damages are not awarded in 100% of all drunk driving accidents in Virginia. It is vital to consult with a personal injury lawyer in Virginia Beach to determine whether you are eligible to recover punitive damages in your particular case and maximize the value of your claim against the impaired driver.

Under Virginia Code § 8.01-38.1, the total amount awarded for punitive damages cannot exceed $350,000. If the drunk driver’s blood alcohol concentration (BAC) exceeds 0.15% following a car accident, the victim is more likely to be awarded punitive damages. Also, Virginia law allows you to sue a drunk driver who caused your crash even if the motorist refused to take a breathalyzer test to determine their BAC level.

Note: In Virginia, the legal limit of a driver’s BAC cannot exceed 0.08%.

What if You Cannot Obtain Sufficient Compensation from the Drunk Driver?

It is not uncommon for impaired motorists to lack sufficient insurance coverage to compensate the victim for their damages and losses following a DUI accident. In fact, some drunk drivers may be uninsured or underinsured. In this case, it is vital to seek help from car accident lawyers in Virginia Beach to help you recover damages.

Regardless of whether a motorist causes a car crash due to their negligence or unlawful conduct, their auto insurance company is still required to cover the victim’s damages. In Virginia, insurance companies are even responsible for paying punitive damages after DUI crashes.

If you cannot obtain sufficient compensation from the impaired driver to fully compensate you for your losses, you may be able to recover the remaining damages through your own auto insurer.

You need to be represented by a knowledgeable auto accident lawyer in Virginia Beach if you were hurt in a car crash caused by a drunk driver. Our results-driven personal injury lawyer at Breit Law PC will investigate your particular crash, find evidence proving that the other driver was impaired, and help you obtain both compensatory and punitive damages in your DUI collision. Call at 757-456-0333 to receive a case evaluation.

Thanksgiving is the Third Deadliest Holiday for Car Accidents

The holiday season is upon us, and for many people that means visiting family and…

I was Hurt in a Wreck! How Long Do I Have to File a Lawsuit?

Like other states, Virginia limits the amount of time that car accident victims have to…

How Soon Should I Contact a Lawyer After a Truck Accident?

If you've been involved in a collision with an 18-wheeler or another commercial vehicle, you…